Marinating on a rainy Friday

I took a day off on Friday and Wren and I went for a walk and lunch in West Seattle.  West Seattle is a suburb of the city but it has this bridge over water and you have to navigate around downtown and various spaghetti junctions to get there so it feels like a day-trip to us north-siders. 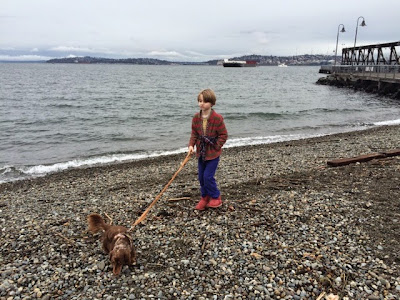 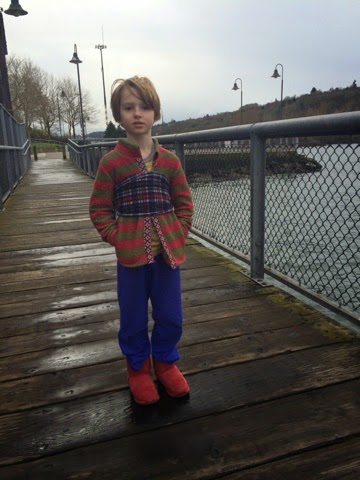 Our first stop was a walk at Jack Block Park.  The park is one of the Port of Seattle's public access points although the discouraging Private Access only sign over the railroad cross might discourage some people.  Even in the rain and wind of a late winter day, it was popular with dog walkers heading along the paved path to various view-sites over the harbor and sound.  I discovered this spot in 2001 - a few years after it was opened and took Frost (as a baby) to look out at the ships arriving in Port.  It was closed for a while around September 11th - presumably from the possibility of a port attacker firing something from the lovely overlook.  Since then, a decontamination project removed toxic mud and old pilings and you can actually get to the beach (although Wren noticed lots of signs warning you not to fish and eat "bottom feeders". 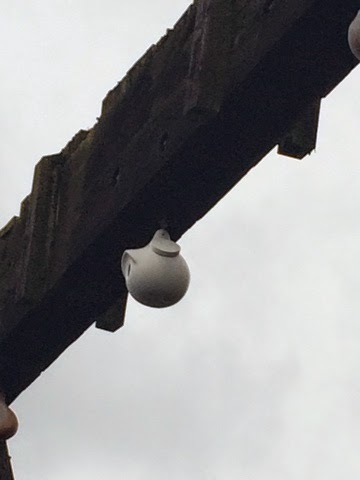 While at the jetty view spot we noticed rows of white gourds hanging between the pilings.  I looked up what this was and found that they are nesting boxes for endangered purple martins.  They used to next in the pilings which were removed in the superfund cleanup.  The nesting boxes were to provide homes for the migrating purple martin colony.  Apparently, it has been successful and they nest in these gourds (although I would get pretty motion sick if I was a baby bird in these swinging nests. 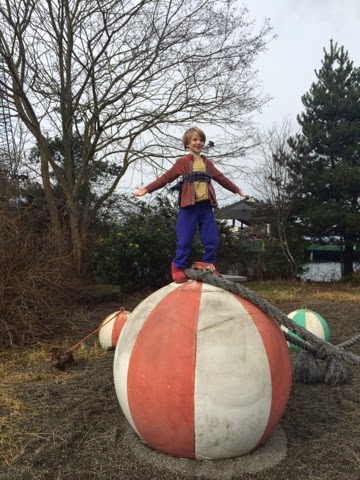 Wren enjoyed looking at the ships and cranes in the harbor.  Seattle has huge cranes which offload massive container ships.  The scale is just incredible.  We saw overwintering birds in the harbor and Beezle chased seagulls and barked at other large friendly dogs.

After the walk we went to lunch at a great seaside Pan-asian Hawaiian restaurant called Marination Ma Tai.  Wren and I were thrilled to find Green Tea sodas and Bunderberg Ginger Beer.  He had fish and Chips and I had the sexy tofu tacos.  I am going to be brining all my overseas guests here to eat great food and look out at puget sound.  You can even get cocktails! 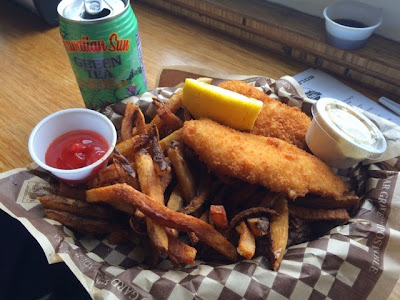 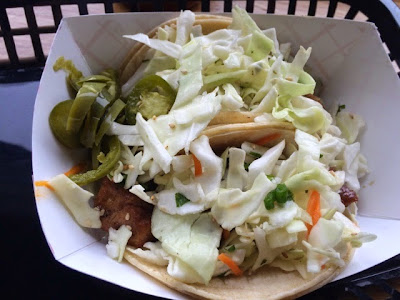 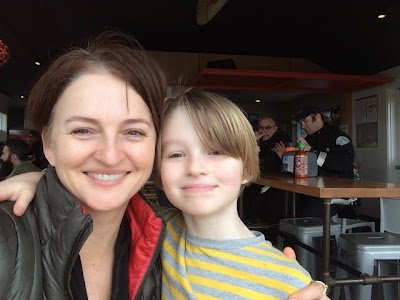 Recently, Wren and I have been doing science experiments from a big science kit.  I am hoping to get dad involved in this endeavor when he visits in April.  So far, we have experimented with acids and bases, invisible ink and have made ammonia gas to fume our invisible message and make it appear in blue.  Here is Wren with the US flag he painted in two solutions and made visible by applying a piece of blotting paper dampened with ammonia. 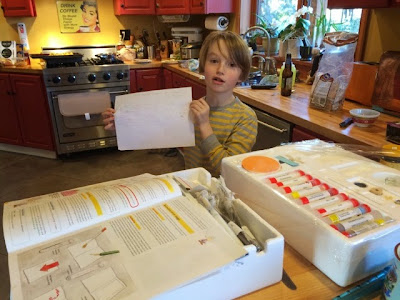 Wren: "This was done by SCIENCE!"