Caitlin is showing me how to make pavlova.

Here is the recipe:


First, get the bowls and put the egg whites in them. 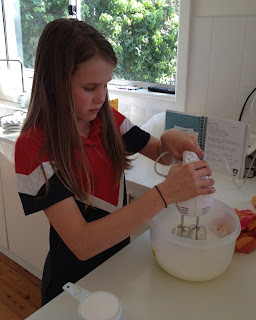 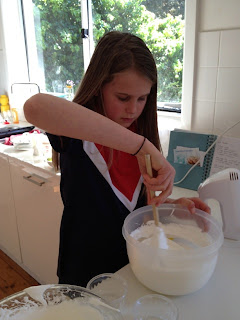 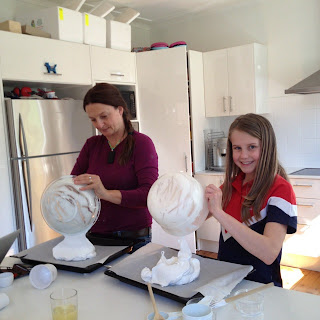 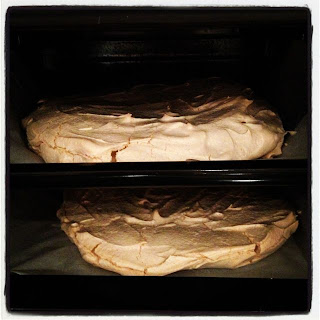 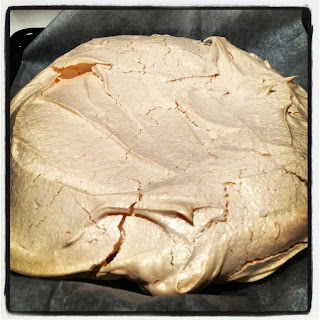 Remove from the oven. 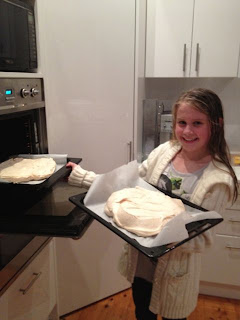 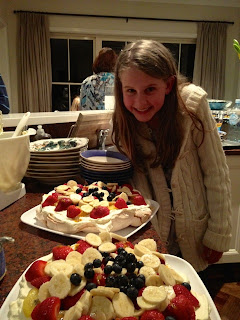 This morning Wren looked out the window thoughtfully, while sucking kumquats from Granny's tree.

"Mum, I am sorry.  I think I might like Australia more than America because it has different animals and things."

He winced at the sourness.

Frost is silent because he has started reading Wilbur Price and is alternatively laughing as the boys self-incise their wounds to remove maggots and frowning as they nearly die again.  He says "This series is awesome because it could never happen!"
Posted by Shannon at 9:02 AM No comments:

Bitten by a Scorpion

Wren has been bitten by a very small scorpion.

Wren:  "I was sitting on the floor and playing Lego when it felt like I got a splinter and it got owier and owier and I got up to tell Mom and I saw a tiny scorpion on the ground!"

Meanwhile, I was drinking tea and trying to figure out iCloud and photostream when Wren started crying and shouting loudly that he had been bitten by a scorpion.  I looked over and sure enough there was a small scorpion a bit over an inch long walking across the carpet.

Wren was shrieking and crying that he was bitten.  Mum put a bag of iced peas on it and rushed to google stings.  I shouted for Mervyn that there was a scorpion.  He walked in and squashed it.

My mother was also bitten by a scorpion when she was little and living in East Africa.  It was a much larger scorpion.  Here is her story:


"It was 1950 living in Same (pronounced Sah-may) in Northern Tanzania.  I was about 2 years old.  I was with my aiah (we always had aiahs around because it was dangerous with hyenas, leopards, snakes and even elephants within sight of the house).   I was digging in the sand under a tree under the house.  My father was District Commissioner of a vast area.  The nearest hospital was 3 hours away but there was a local indian doctor.

I was bitten on the hand by a big scorpion.  I have a memory that it was very big and black.   I am not sure if that was a real memory.  We had been warned about Scorpions.  At night when you went ot the loo you had to know out your shoes.  We wore gum boots everywhere.

I screamed and screamed.  My mother rushed over and she was cross with the aiah because she had let me get bitten.  We also had snakes of course, there were snakes under the house, snakes in the playing pool, snakes in the water tank.

I think she went to the Indian Doctor who said do nothing.

I was in extreme pain it was very sore.

The next day I went paralyzed down the whole side of the body.  The poison was spreading.  It totally alarmed my mother.  They probably had no medical dictionaries in those days.  They didn't know if it was going to stay or not. "


Mervyn also recalls a story about a scorpion bite.  This one relates from his Uncle Beville while he was in the Eastern Transvaal.  Apparently he climbed into his car one day and sat on a scorpion which bit him on the arse.  This did not earn him the sympathy he deserved.  To this day the story cannot be told without a smile!

Wren is doing fine.  He had a sore foot for an hour but says it is now fine and he can walk okay and that he was mainly crying so loud because he was afraid he was going to get sick because scorpions are poisonous.