Seattle is well into Fall.  The trees are losing their leaves and the street-scape is a palette of golds and orange.   Mushrooms are poking up everywhere.  While a few weeks ago, it was still dry but now the mushrooms are along the roadsides, in yards and under almost every tree.  Here is a patch we saw on a walk in the neighborhood.  These are edibles but I was not hungry enough to regret that they were through the fence. 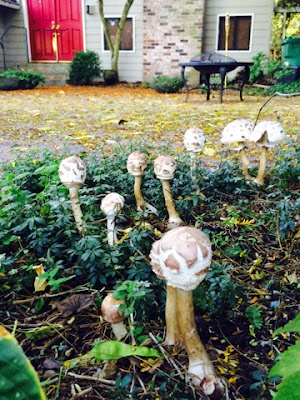 This morning I asked Wren to make pancakes.  He was not keen at this responsibility and cried and yelled a little bit.  Calming down, we read the pancake box and he mixed the batter without incident.  He is a very literal kid, concerned about doing things right.  He found the instructions on the mixture unhelpfully vague.  For example, it said "Mix until blended".  He complained that he didn't know what blended looked like.  It said "Batter will have some lumps" but he didn't know how many was correct.  Thankfully I was there to guide him to ignore these questions and just DO it.

Wren expected me to take over after the batter was done, but I set him up by the stove to poor batter.  He was very alarmed by the heat of the gas range and complained about the danger and how unfair it was for me to expect this of him.  After three pancakes he changed his mind and said "This is actually quite fun."

Wren burnt himself once, slightly on a finger.  After that he was much more careful to keep his hands back from the stove.

As if we do not have enough wild mushrooms, we also have two kits growing in the pantry.  These were from our mushroom weekend at Breitenbush.  The one on the left is yellow pleurotus and the one of the right is grey (I harvested them).  I have been amazed at how quickly they grow. 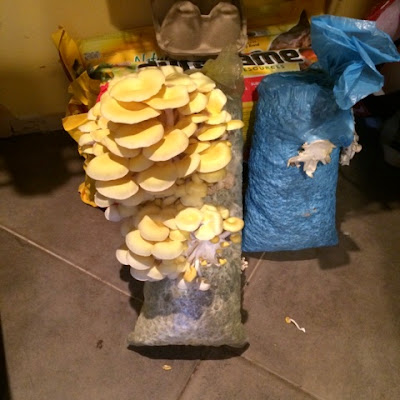 After breakfast, we did house-things (computer games, cooking, dog-lounging and watching football) and then went off to Bellevue Square to buy a Baymax stuffed toy for Wren. He was very happy to get one and enjoyed a pizza lunch at Zeeks as a final season closer for his soccer team.

Since I have not yet posted a Halloween 2014 photo on the blog, I had to re-use one from 3 years ago. 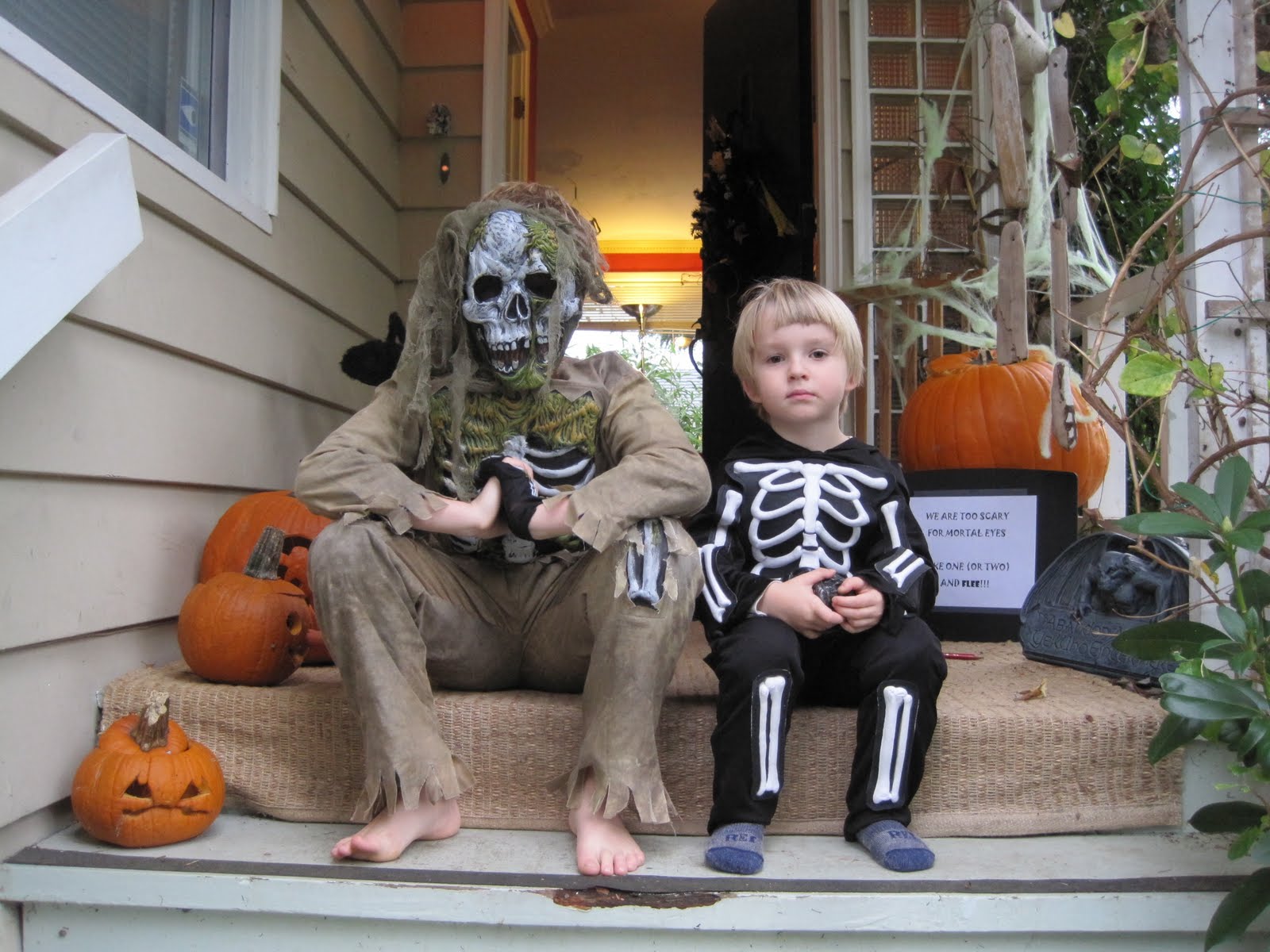