Being the Big One

This morning I am googling "how reseat toilet".   The toilet in our 'family' bathroom has started leaking blue water onto the tiles.  It didn't bother me terribly until Joshua taped the lid shut with blue tape and I decided something should be done.

Josh said he will fix the toilet this weekend.    I know he can, probably, because he fixed one before when Frost flushed his toothbrush down it and it became lodged in the U-bend.   But I thought, perhaps, I could get started today and said this to Wren. 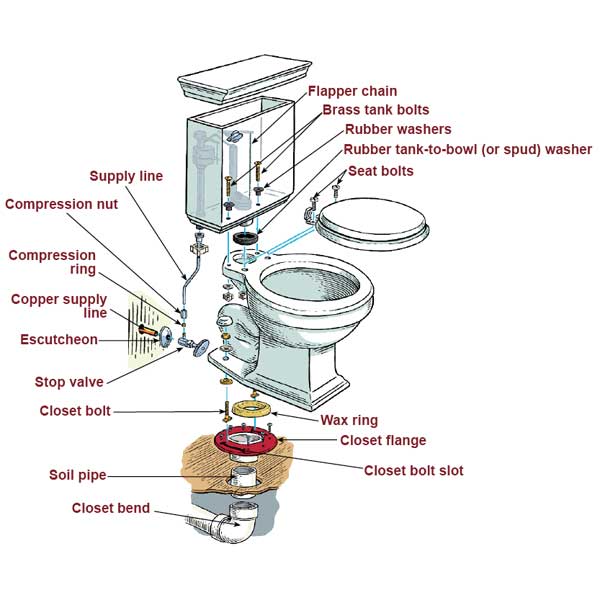 Me:  Wren, I think we could start to fix the toilet today.
Wren:  No, Mommy, Daddy is The Big One.  I have to tell you, you are a little bit smaller and so Daddy does the big jobs.
Me:  Oh?   But.... erm
Wren: You do 'portant work and be with school and Beezle but Dad does fixing the house and working with METAL and SAVING FROM FIRE.
Me:  What big jobs do I do?
Wren:  In a 'mergency you could cut down a tree!   And you can also go BIRDWATCHING!

This conversation goaded me further in my quest to unseat the toilet.  But truly, it is hard to be the big one with Wren about.  I fear that once I unseat the toilet I will face a gaping maw of poop which will distress both of us.  Despite newspapering the room, there may be some hands on work required that would be better done with two Big Ones present.

I am going to try and reposition myself in a powerful domestic role without getting my hands dirty.   I can shop for supplies for the worker of metals.  According to the web, he might need:


Tools / Materials (See Below for Applicability):

For now, I note.  I am not The Big One.  I am the domestic sidekick.
Posted by Shannon at 5:34 AM No comments:

Its garbage day, the day I wake to the sound of heaving and grinding of gears drifting and receding through the sound of rain.   The noise always gives me a shot of adrenaline as my sleeping mind catches up with the meaning of the sound and asks "Have you put the garbage out?" in dread that, as is sometimes the case, I have forgotten.

As the big green trucks squeeze their way around the neighborhood - holding up cars and blocking intersections - its my reminder that for all my green intentions - the recycled toilet-paper, the bulk foods, the folded cardboard boxes - without garbage day we would be swimming in our own *kerplink*.

From my warm bed, I am taken by the analogy between garbage day and meditation.  On garbage day we are faced with our accumulated yucky stuff generated by stream-of-consumption living much as  meditation shows us stream-of-mindlessness thinking.

Unwilling to face these realities more than necessary, I stagger out in the rain half dressed in pajamas and snow-boots to put out all the cardboard we have accumulated since Christmas.  I prop it next to the huge green waste bin, the 30 gallon garbage bin and the 30 gallon bag of extra garbage since we missed collection last week with Snowpocalypse.

I look at it.   One can say that the recycling 'doesn't count.'   The leaves and food waste 'don't count' either, right?   That leaves the 60 gallons of who knows what from the past weeks.  I take it on as my karma.

Frost is sniffing.  He says "I think I have a cold" and looks downward, sighs.  It is a silent plea for me to diagnose him with illness to be off school but he isn't really sick enough for that.

[Update:  His plea became more active at 9am.  He said, "I don't like the mental image you have of me.  Its insulting" (as I implied he was hamming it up for a day off).   I questioned that.  He said "I feel pretty sick and we have PE."  I said "Well, you have a little cold but if you feel pretty sick and have PE you can stay home.  But home = Bed and home = do the homework anyway."  So, Frost is in bed.]

He and I sit at the kitchen island staring balefully out the window at our garbage knowing that pretty soon someone will come and hide it away in the earth for us so we won't have to face it any more.  At least in the most immediate sense.  Garbagageddon is always a possibility - the earth rebelling against its incarceration and, long after we are extinct, some future species doing an archaeology of our debris and wondering what it all meant.

Its time to send my roots into the earth and hide this tiredness in coffee.
Posted by Shannon at 2:22 AM No comments:


Yesterday, I returned from a 72 hour silent-retreat in a snowy forest center near Portland.   It was lovely but life is a study in contrast  and silence has a way of making noise more... well... noisy.

Coming home, one of the  of things I have noticed is how frantic and noisy my boys are.   I am saying that without judgement, really.   Would I prefer them to be quieter?   I am going to take the 5th.

See, on retreat the teacher explained that we are not here to change life but to be changed by it.  This paradigm shift is very exciting but not a concept which is easy to follow-through with them kids.

On the one hand, of course kids change you.  Everyone has that "well, you'll understand when you're a parent" story - the sleepless nights, the interdependence, the sense that you will never read a book or watch a movie all the way through every again but it doesn't matter because you want to seize every moment and make them stay small forever and just BE.

But even more, isn't the societal narrative also about the need to shape children - which is to say we amend their apparent aptitude for danger, destruction and intrusion on our adult way of being?  Our role as Parents is to change the amount of screen time they incline to, change their rude attitudes, their messy rooms, their neglected homework.  In recent trends we are also admonished to change their vagueness and lack of "Executive Skills".  So what does it mean to be changed by a life that has kids in it?

To be changed with them?

On my first morning back in Mom-Reality I faced this question with Wren in the family room.  We were late and for me, lateness is the enemy of mindfulness.  In lateness there is already the implication that this moment IS less important than the one coming next.  The moment is already labeled with a big digital clock on it saying SCHOOL STARTS NOW.  This moment should be got-the-hell-over-with to get to the going-to-the-late-place moment to get to the REAL moment.   I am already impatient because I know I am going to be in the now labeled LATE for a while and I don't find it as comfortable as the being-relaxed with coffee-time, or after-bedtime like now.

So, in best parenting-English I told Wren we must put his socks on in this very-fucking-moment-now-already!

And took a breath.

No doubt sharing my urgency, he fell over backwards on the floor and started laughing and kicking his feet wildly in excitement.    I put one sock on a foot as it kicked and flung about.  Beezle became excited by the proximity of socks and started tugging this sock OFF just as I put the other sock ON.   It was a zero sum gain.   I told Frost to get the sock.  He did but when I got Wren's sock on he took Frost's sock.  Frost was yelling that he couldn't get his sock from Beezle.

He's a dog the size of a loaf of bread?  You can't get a sock from his deathly grasp?

I took a breath to shout but tried to deflect it to a nice accepting awareness OF THE KIDS.   Awareness of Kids.  The breath.  Awareness of kids.

Parents, this is the wrong strategy.

My first insight with the kids was that I can't yet meet them with my awareness.   Trying to hold awareness to a pulsating kid-dog-sock nexus is like a trying to harness a tornado to make a glass of pop.

It is a foolish quest for the novitiate.

But allowing my awareness to expand to the room made the situation more workable and the kids less overwhelming.  Calmer.  But still late.   Present in the Lateness as is so often the case.  Lateness arising rather than chaos.  So, there is a positive side to these efforts if you pitch your awareness at things that arise less abruptly than children.

I am also noticing that by being present I discover nice normal things.  For example, butternut peels.   Did you know how brilliantly orange and cadmium yellow they are?  Brilliant!

I told Wren to stop playing Minecraft and play a game of making pictures with butternut peel on a black tray.  I made a forest and a sun.  Wren made a map to an X-marks-the-spot.  We made a flower.   We made an octopus!

Okay, truthfully, my mindful non-digital games lasted about 30 minutes.  It wasn't a total transformation.  I have not found the way.  But it was a nice little thing.

Due to traffic, I missed the first SIMS meeting since the retreat.  I had an intention to attend but Josh was caught in traffic so I didn't make it.  I decided to meditate in the living room, some distance from the kitchen, but soon realized this would not work as Frost talks to himself while doing his homework.

Josh said "Well, you can't pick what you meditate too.   Why not just meditate to The Bachelor on TV."

I said something abrupt and retreated to the basement guest room and shut the door.   During my 45 minutes of quiet I could occasionally hear a shriek, a thud, a raised voice "WHERE IS MOM!" - a perennial question that sounded like part of a koan.

"What is the sound of one mother meditating?"

When I came back up, Wren (5) sat on the kitchen floor and said "I want to learn Meditating."   He said "I know it is easy.  It is like the Buddha you sit like this."

He sat on the tiled floor and shut his eyes and crossed his legs.

"I said that you watch your breath and notice, don't just sit and think."

I asked him if he could feel his legs.  He said "Yes."  So I told him to shut his eyes and feel his legs for a bit.   After a few seconds I rang the Tibetan meditation chime app on my phone.

When he saw the app I told him it was special, for meditating and he wanted to meditate again to use the app, again.

I am ordering a book about teaching kids to meditate and told Wren that he can choose a real Tibetan bell when we start at Level 1.
Posted by Shannon at 4:05 PM 1 comment: