A Holiday Party and The Issue of Camembert

Yesterday was a bit crazy.   It started with the usual rushing to get the kids lunches in time for Frost to catch the bus in the dark.  There was not much in the pantry so he ended up with two granola bars and some sliced apple.  If he would eat tomatoes, we would have been in better shape.  Wren had the above + tomatoes.

Work was busy, as usual.  My morning of meetings was interrupted by numerous texts from Josh (who was working from home and waiting for the gas-fireplace-installation guy to arrive.  We had been told 9.30-10am and that it would take 6 hours.  The timing was significant because we were hosting Josh's work Holiday Party at our home at 5pm.

Here is the unfolding drama:

there is much despondency about how to connect the gas
As always, the sales guy is much more optimistic than the person who actually has to do it
my idea of going through the column is more likely than fishing it through the wall, but he isn't confident about that either
J
•
Wed, 11:43 AM
Okay
Perhaps we should reschedule?
He was supposed to come and investigate the gas line issue before the install date but did not.
Wed, 11:48 AM

he's checking through the attic
he's also concerned that he doesn't have a long enough flex line to go up and back down
J
•
Wed, 11:57 AM
mrmrm
So, today is investigation day
Wed, 11:58 AM

Yeah, he was already concerned about the 5 deadline. And the investigation is taking a while
J
•
Wed, 12:02 PM

I got home late.   The fireplace was completed around 7pm so we had the party in the kitchen.  However, it is lovely.   The nice thing is that this photo was taken this morning.  Wren loves to click the fire ON and watch iPad and then click it OFF.    He likes to adjust the flame height to TALL.   We now need new fire-centric lounging furniture.  This is the outside couch chair. 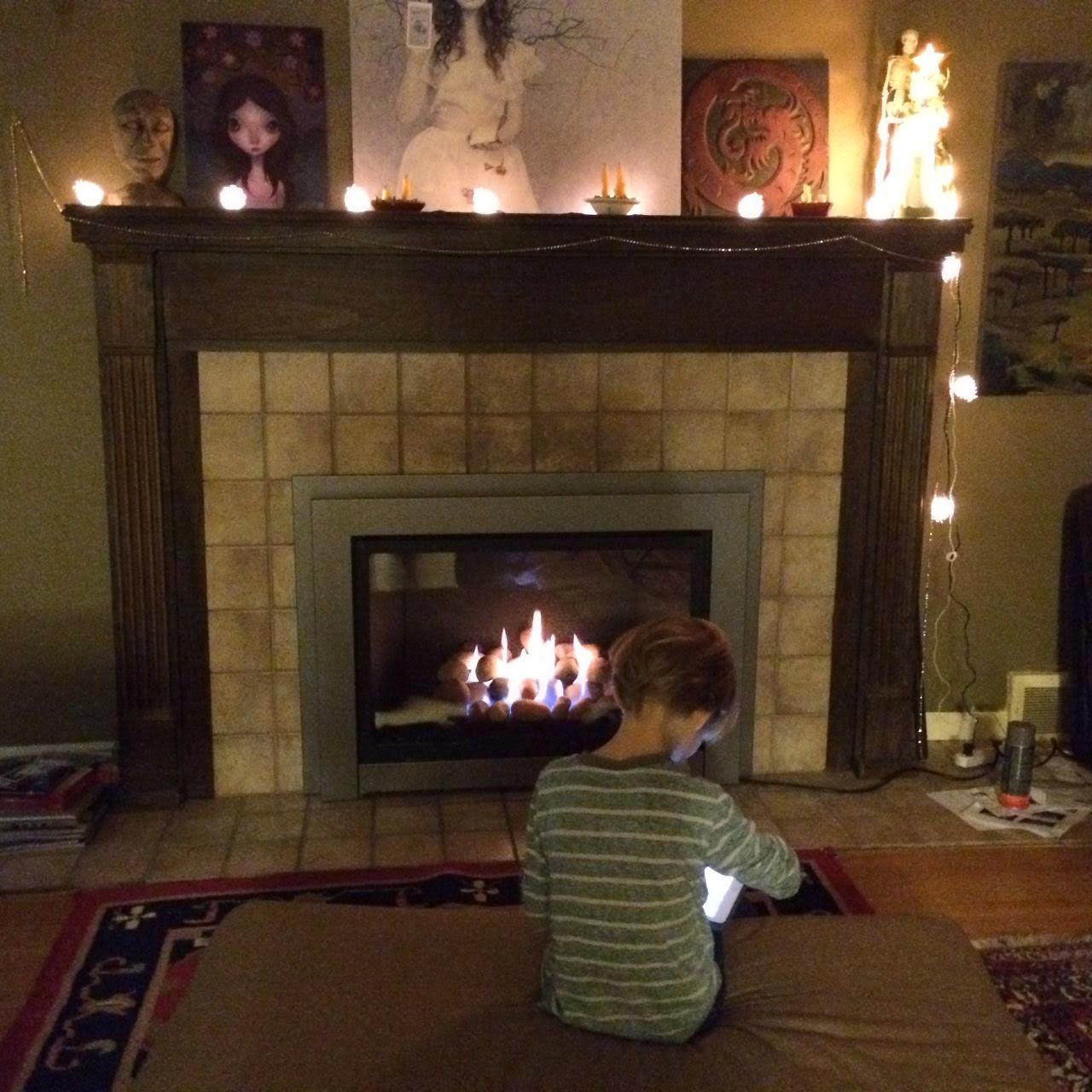 We also have a tree in the living room so we are doing pretty well.  All that is needed now are some gifts, spiced apple cider and snow.  Speaking of holiday cliches.  I thought you were supposed to serve camembert at parties.  Turns out it is BRIE.  Brie is mild and nutty.  I served camembert which Josh described as tasting like "stinky wet socks" according to his weak American palate.  I didn't even age the poor camembert.  It was still firm!  He hasn't seen me eat the kind where the insides drool out of the shell.  Sadly, my dairy-weak stomach does not plan to eat the remaining camembert alone.  I need help.  Others apparently shared Josh's derision of the camembert as it was the only food left behind - other than raw broccoli and raw cauliflower which are those dumb things stores use to fill out the veggie platter but nobody ever eats. 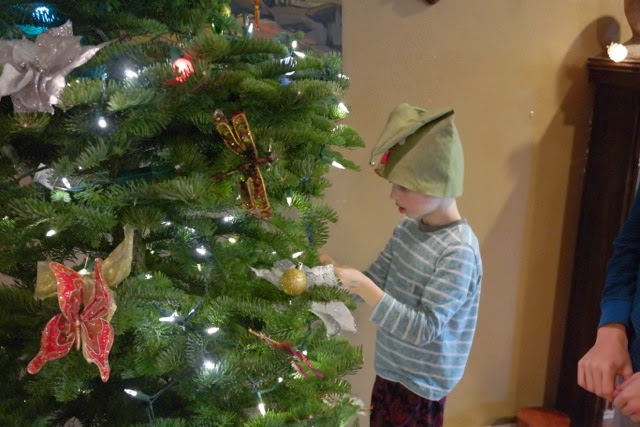 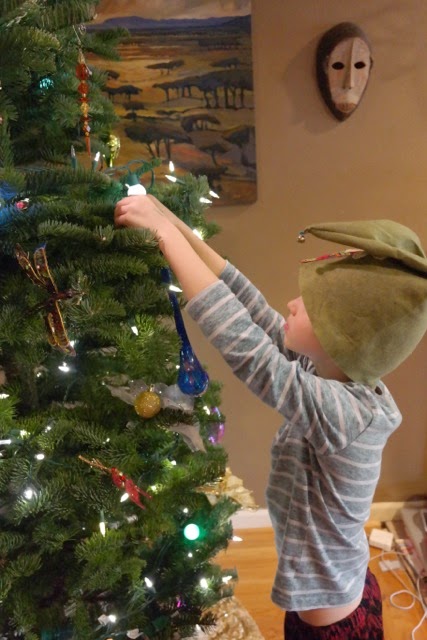 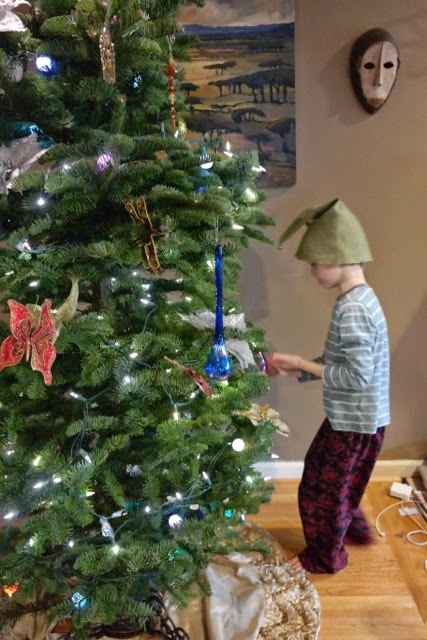 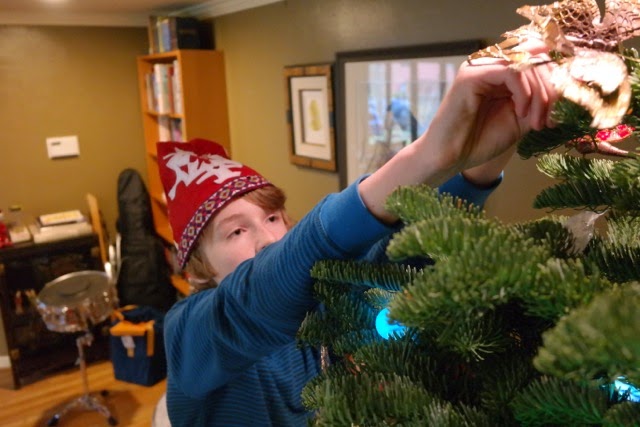 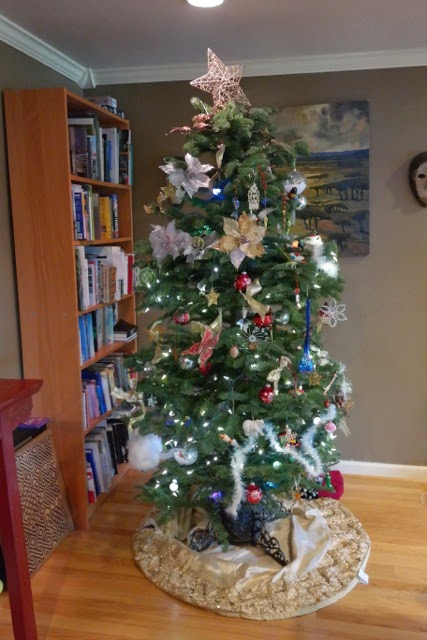