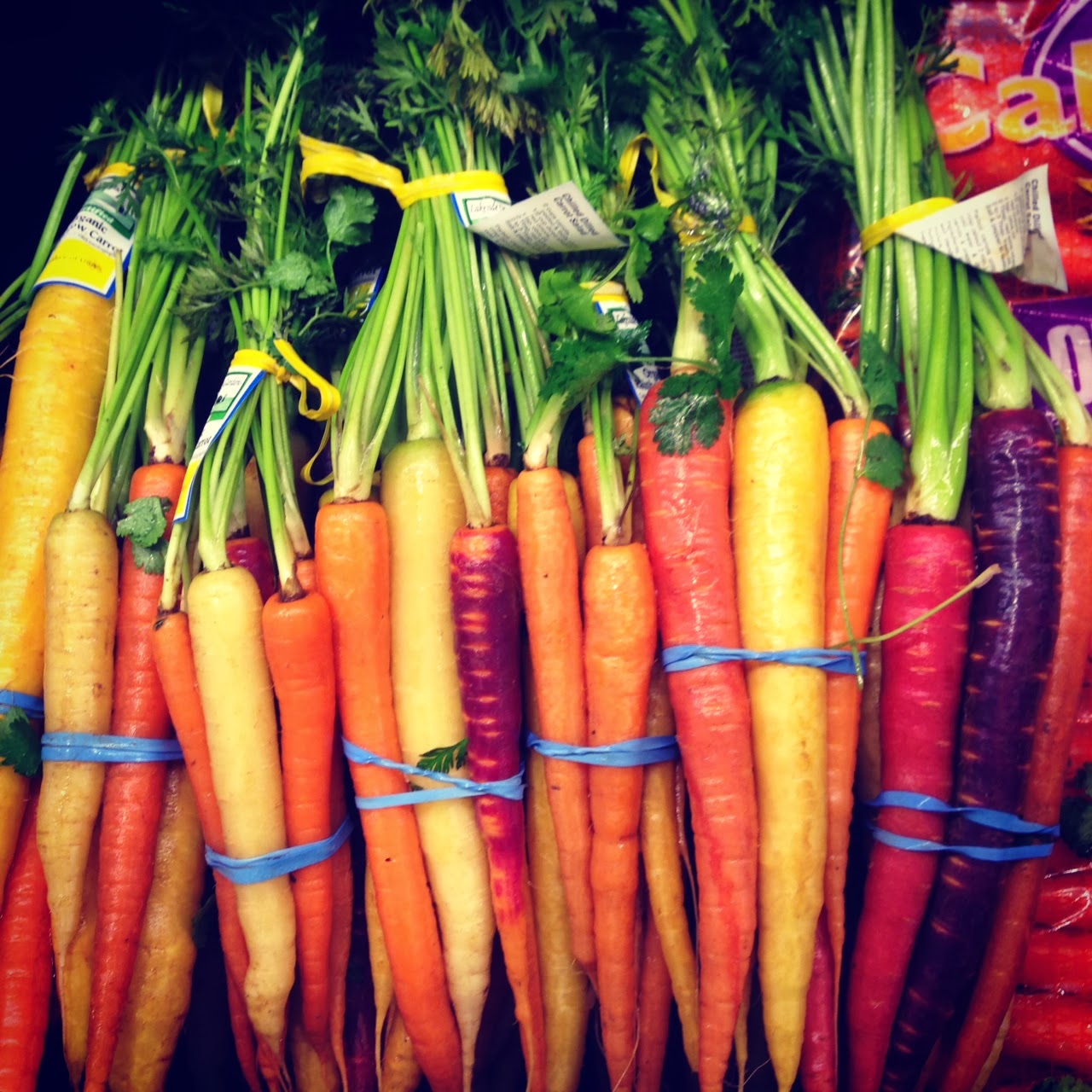 I love going to Whole Foods when I am in Seattle. We don’t have anything quite like it in Australia – yet. There are many reasons that visits there are enjoyable. Firstly they arrange fresh food, flowers, wine, cheeses,  - everthing so well. I am sure there is a special department for it that has worked out the aesthetics of presentation. The Carrots are sorted just so – as to blend in with the green capsicums next to them – and so it goes on. There is a feel-good about the whole shopping trip. The meat and fish is graded for sustainable and ethical farming. You almost know the name of the top level of chicken you buy. These lucky chickens are raised with lots of space, with easy access to outside, with nesting material to scratch in and be a natural chicken. When they are killed, they are not moved more than a kilometer or two and they are never held upside down. You only have to know about the life of an average chicken to know that this would be a paradise for a modern chicken. So you can feel good – almost good about eating meat or fish from Whole Foods.

But – there are complications – first you buy too much – too much looks so good and you are sure it will be consumed at home. This leads to waste. I have bought a book on the waste in America – ‘American Wasteland: How America Throws Away Nearly Half of Its Food’ by J. Blood. I have been trying to get my grandchildren to finish their food. This does not seem to be a problem when there is a cookie there but the main course of ‘good’ food often is a struggle.
Secondly, after you leave WholeFoods with your trolley almost full there are always one or two people begging outside. They stand in the cold and rain with placards detailing their sad situations. Sometimes they offer a poem for you to buy. This is coming down to earth fast. 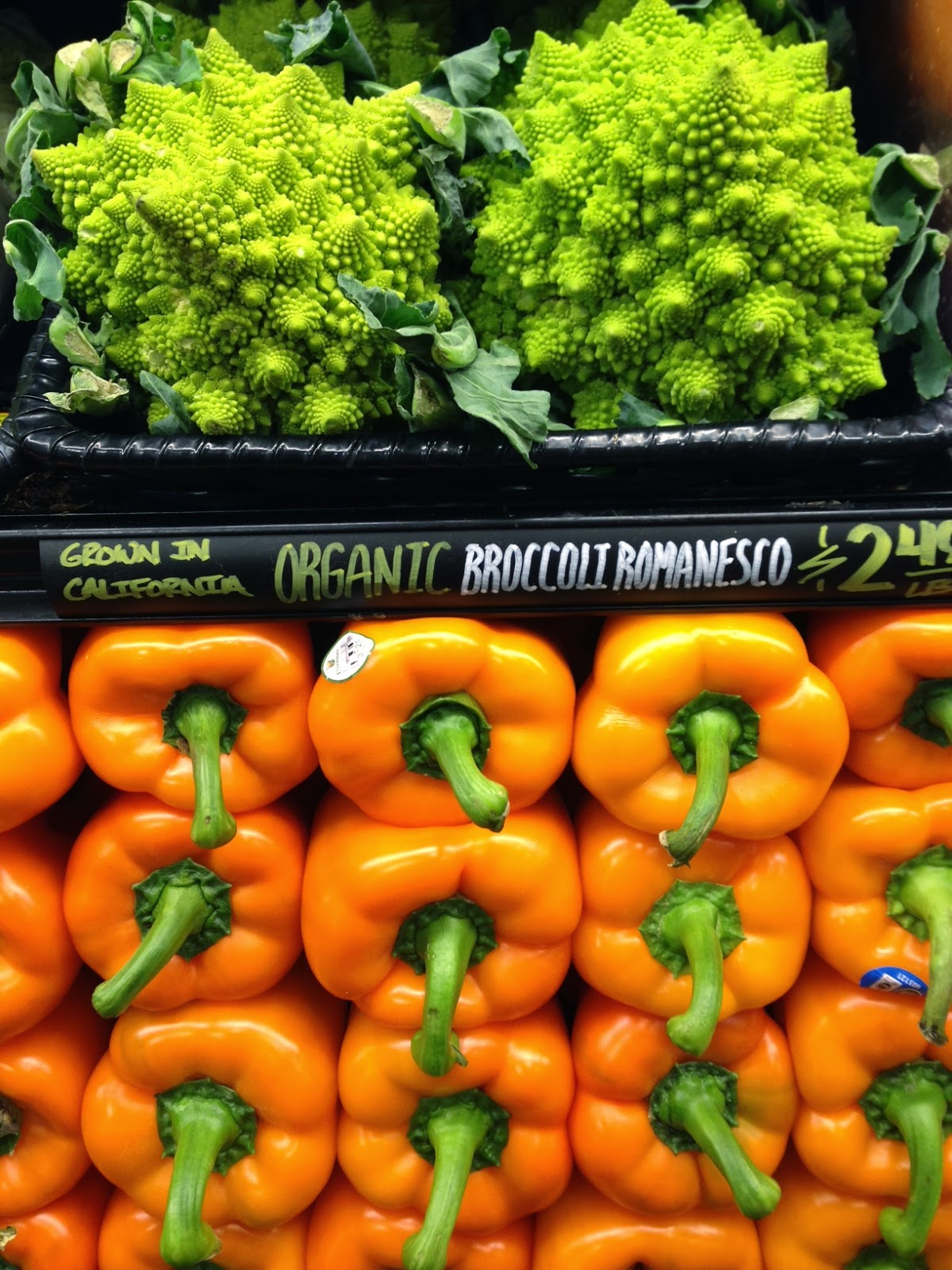 We have too much food in our fridges and too many books in our houses. I love going to Third Place Books when I am in Seattle.

Vios at Third Place
The coffee shop, Vios,  is a treat.  The plate of dips is exceptional and the Kopanisti dip is good enough for a special trip.  The kids enjoy the kebabs and they also have delicious seasonal baked goods which they make on site as well as Italian gelati which we enjoy in summer.

When you come in, offer the Third Place store a chance buy some of your second hand books and they will give you a discount. At least they used to buy lots, but this time they hardly took any. I am sure Amazon is affecting them. Their stocks are high and the second hand books sell so cheaply – most are under $10. I am going home with about 15 new books in my bags.

Shannon gives away books. The latest phenomenon is the Little Free Libraries that have sprung up since I was last here. http://littlefreelibrary.org/. take a book and leave a book. One is in Shannon’s street and each one is decorated differently. This is a wonderful idea and I hope that it eventually finds its way Down Under - which is where I am going, leaving in two hours. 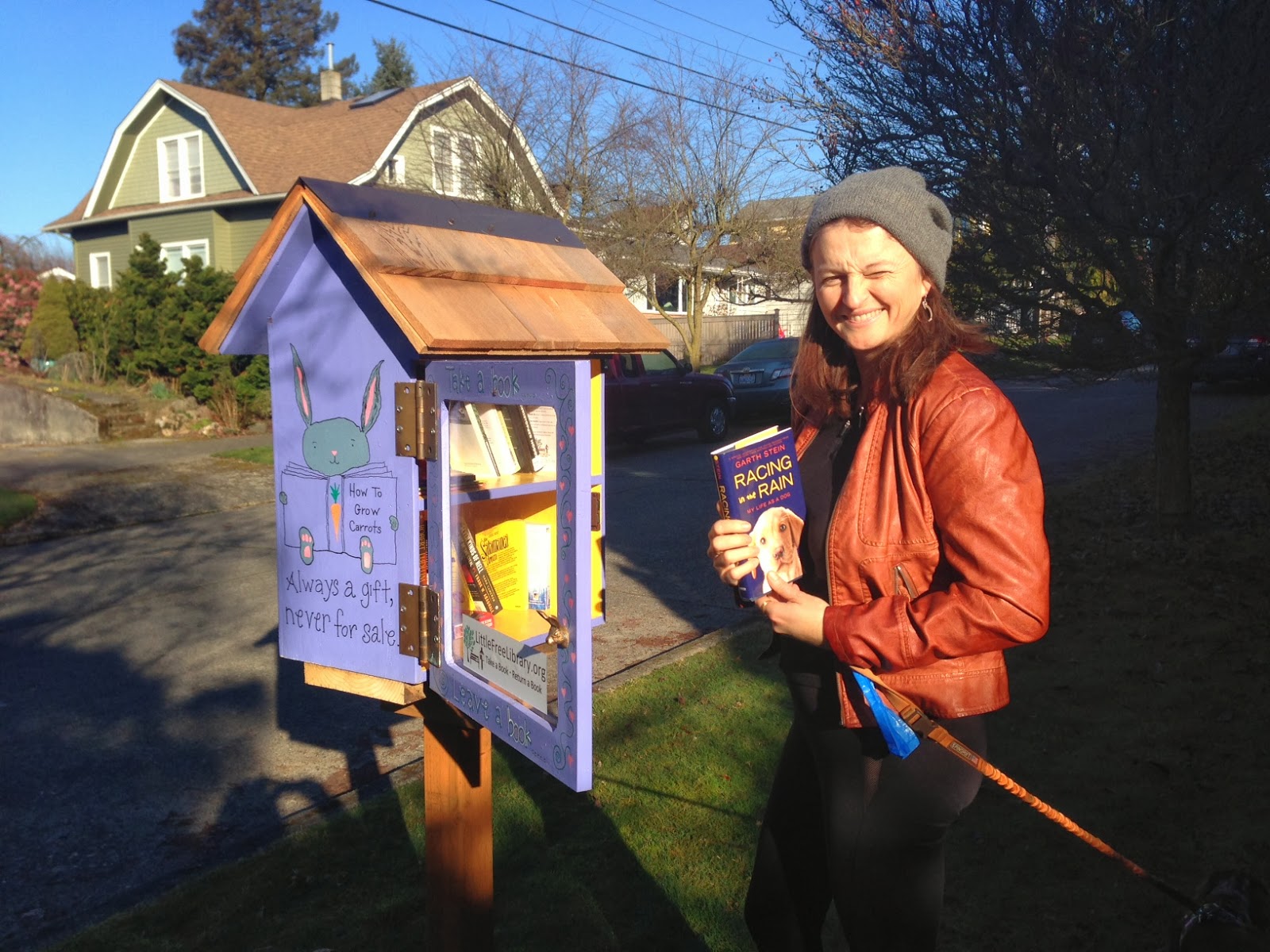 Posted by Shannon at 1:20 AM No comments:

I have travelled from the height of Adelaide’s summer to winter time in Seattle. Just before I left Adelaide we had a week of a ‘rolling heat wave’ that broke local records.  One day the temperature reached 46 degrees in Adelaide (114 F). The garden plants that we did not cover with shade cloth were burnt. We have lost gum trees that we had hoped, being ‘native’, would endure. 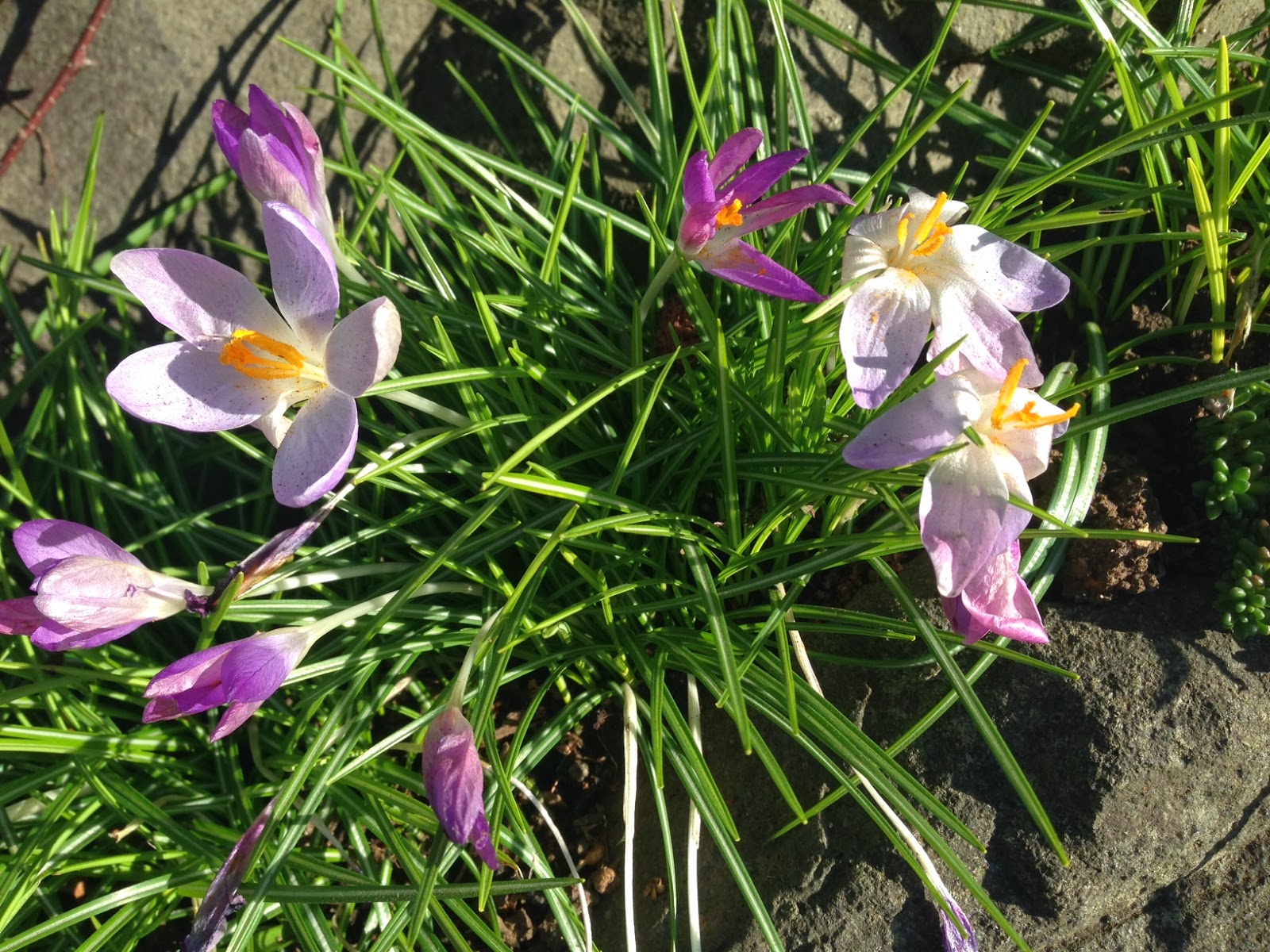 Now to I have arrived in Seattle. The days are still short, and gentle rain falls most days. The odd sunny day is greeted with enthusiasm by all. The kids rush out to get in a few minutes of leaping on the trampoline. Everyone feels spring is almost here. The early crocuses are budding and the trees show a hint of colour. But its mostly a case of promises at this stage – Shannon says freezing spells are still likely. 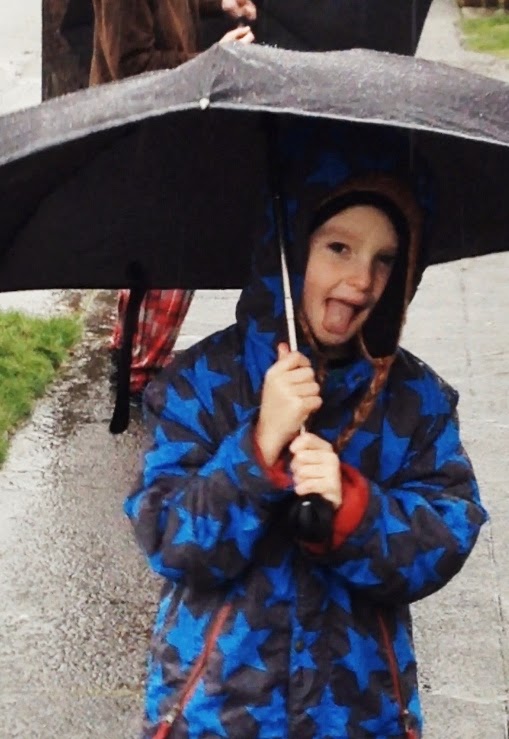 Even in winter Seattle life goes on. Soon after arriving Frost went off to his ‘Ultimate Frisbee’ practice and match. This involved an hour of practice and 90 minutes of competition on a sodden grass field at 5pm at night. The cold rain was falling gently and Frost went off in a light shirt to do battle with the Frisbee. I was wearing two layers of wool and a wool coat. While Frost practiced, Shannon and I escaped into the Elliot Bay BookCompany,
which appeared to be a haven for many that winter night. An hour later we went to watch Frost and found that the coach had cancelled due to the continuing rain, short teams, and strong winds. We could take Frost home. Frost was not complaining about the cold. I think that, like Josh, he wears short sleeves throughout the year.

Tonight Frost played another match in the pouring rain. He said afterwards that, 'he had played the best that he could without fingers'. It was so cold he could not feel his fingers. 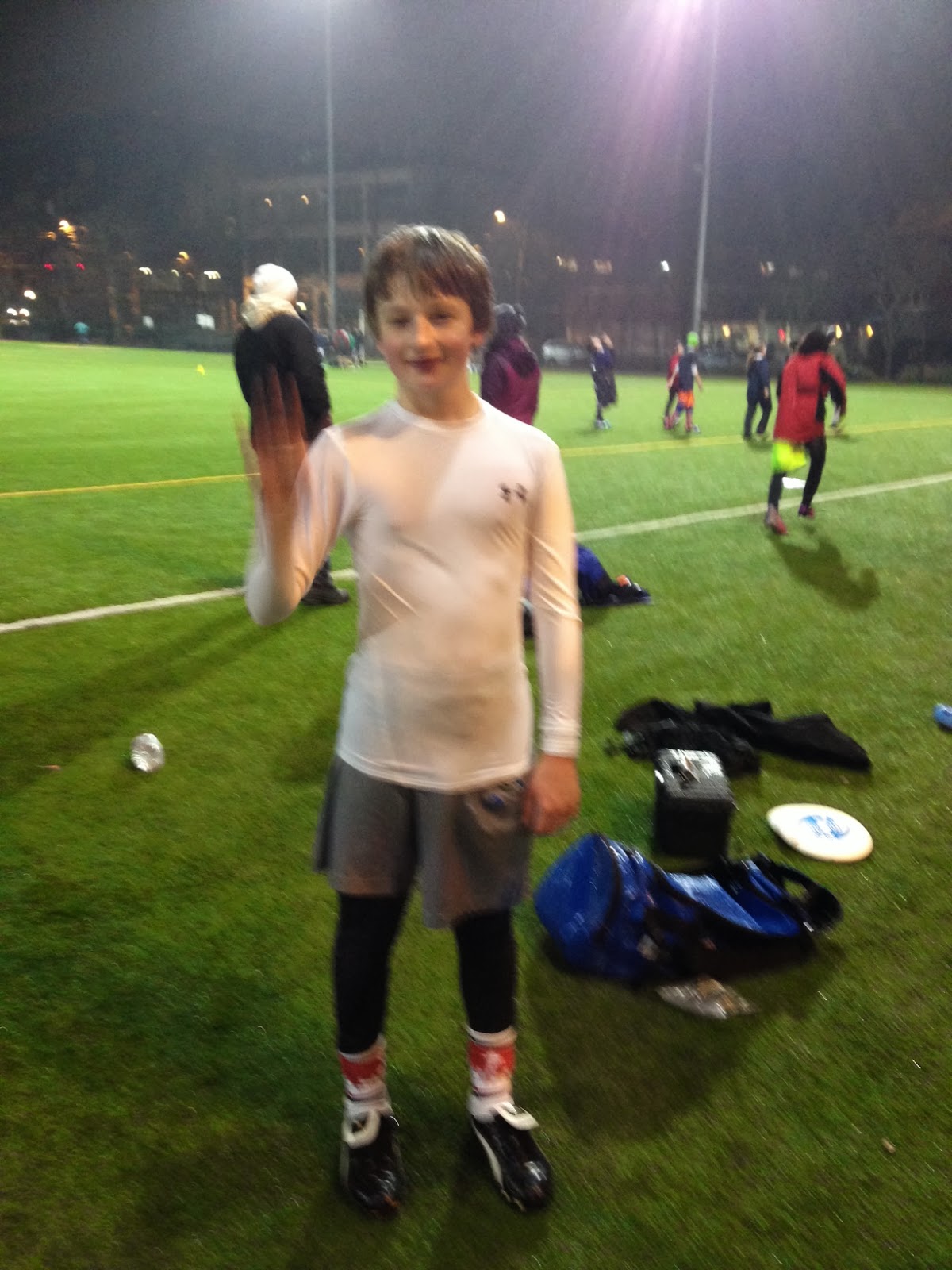 Frost and Wren are now into skiing. Its just over an hour to the Summit at Snoqualmie we have been there twice in my time here. The snow is deep now and over two metres thick beside the road. Wren is doing weekly lessons and Shannon has been joining him to allay his anxieties. Wren’s main concerns have been around the chair lift – getting on and off. I think he has too much imagination.

Coming down the mountain on the green slopes – even the blue runs - have been no problem for Wren: he is an excellent snow-plougher and steady on his feet.

Frost and Wren love board games and Shannon had bought Monopoly Empire. It’s more enjoyable than the classic Monopoly for two main reasons: Games mostly only last a few minutes, and secondly the lead can change hands many times. Wren has particularly enjoyed playing this. I taught Wren and Frost the card game called ‘Scum’ which Sandy Shewell had taught us. It’s a lot of fun – played with up to 8 people. Wren liked being the 'King' but was concerned about moving down to ‘Scum’ as is one’s lot sooner or later. 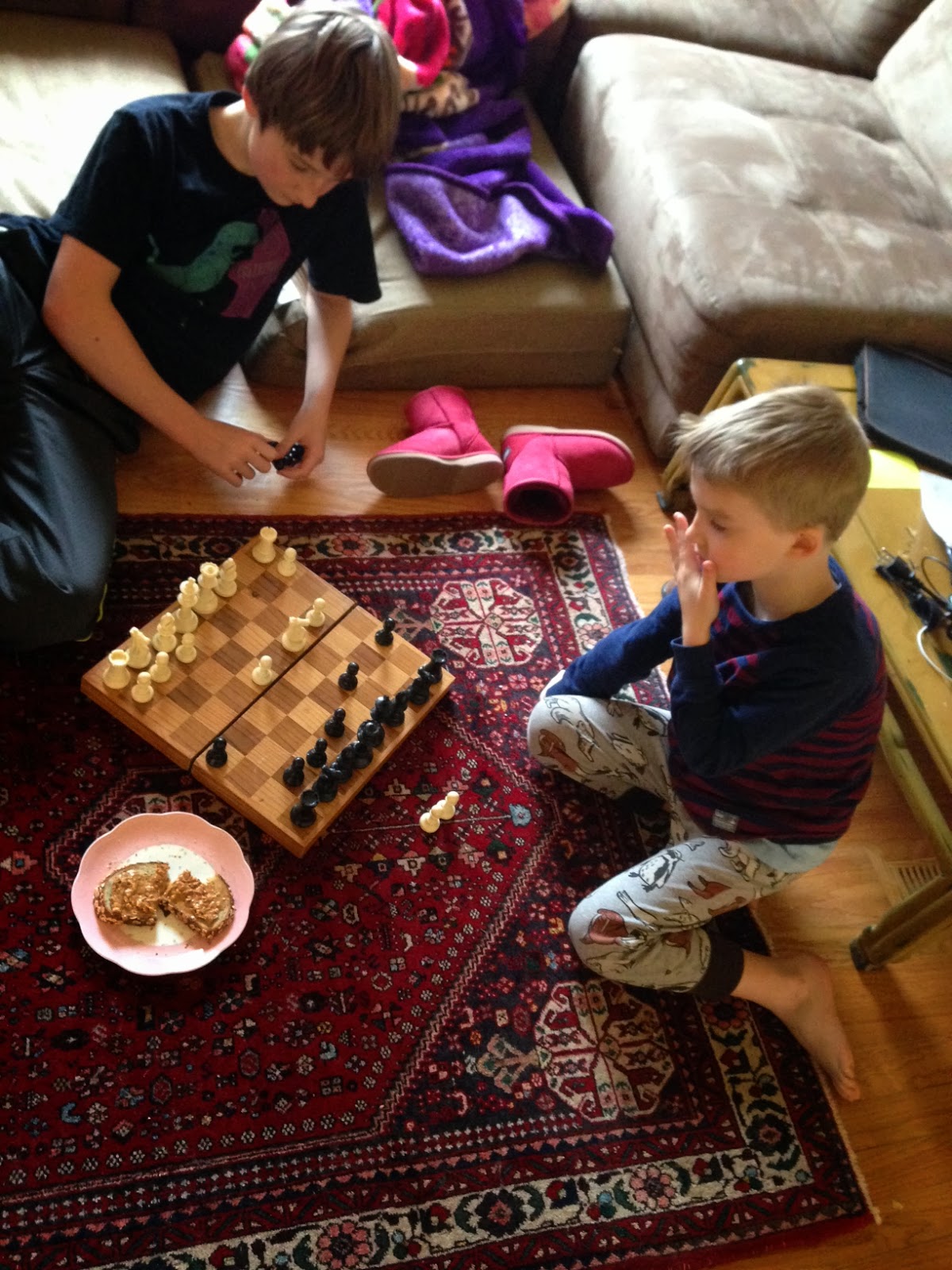 Wren and Frost love reading. Wren still has reading time before bed time. Josh is reading him Harry Potter: book six: The Half Blood Prince. Wren’s reading-to-himself favourites have been the ‘Practical guide to Fairies’ and the Tashi series.
He has laughed mightily over the Elephant and Piggie booksby Mo Willem.

In Seattle’s winter you have to try to fill inside time without resorting to computer games - which are there to tempt. Frost is very good playing with Wren, who follows him round faithfully. Whatever Frost does, Wren is sure to follow. This morning Wren suggested a game of chess after our morning mushroom crepes and Frost was good to comply. 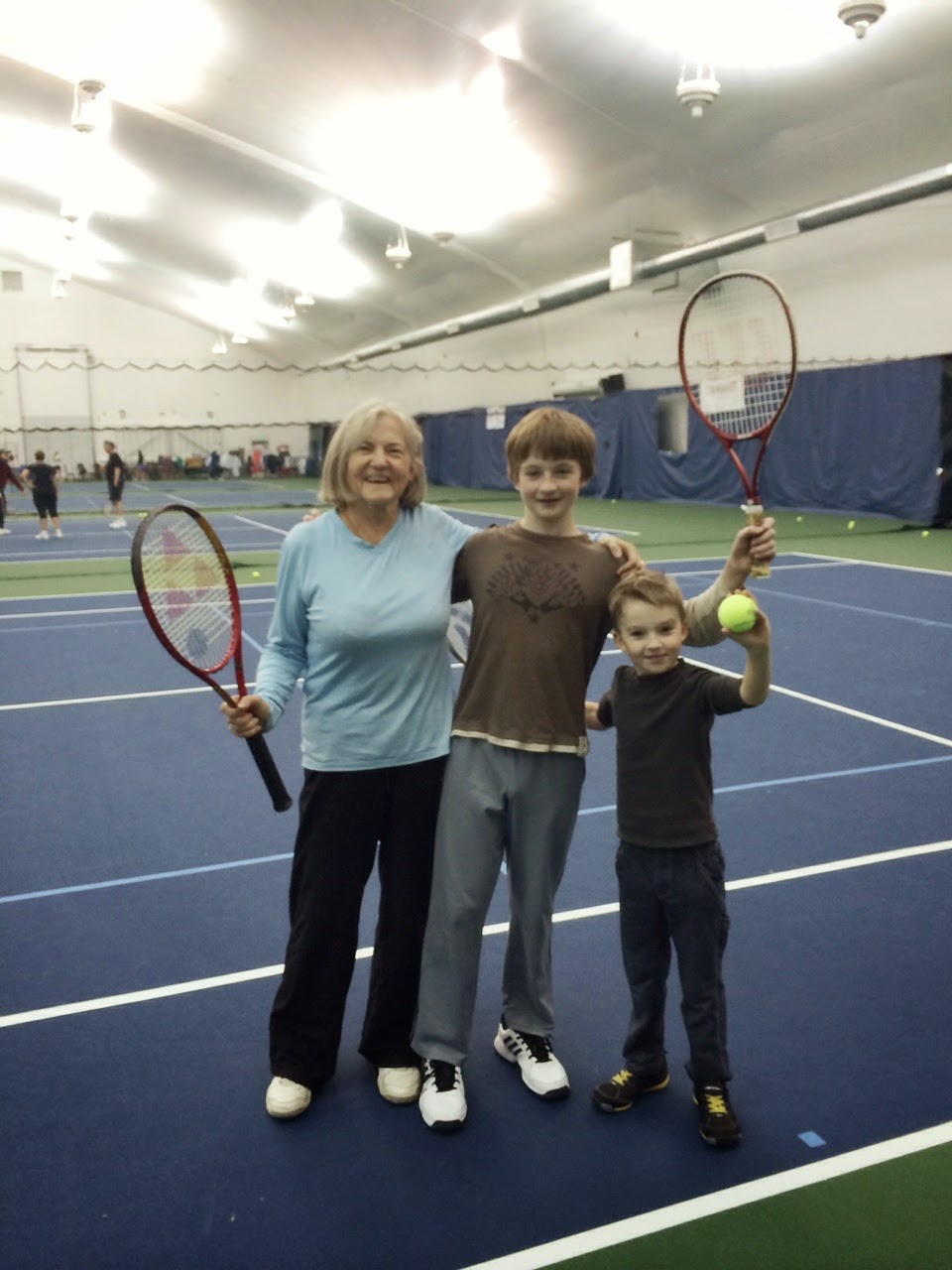 Tonight we will be attending an Oscar appreciation party – for tonight the Oscars are being awarded. This is a performance I am usually unaware of in Australia. I have seen two of the films on the short list – Gravity and Captain Phillips. Both I watched on the 12 hour flight from Auckland to San Francisco.

Three more days before I take the long journey home to Adelaide, where we all long for cool days and rain.
by Granny Anne